Last week was a big week for wireless workers. We were proud to travel to Washington, DC, to represent T-Mobile workers and to talk to regulators and members of Congress about the impact of a proposed T-Mobile/Sprint merger.

We delivered our petition to the Federal Communications Commission (FCC) signed by nearly 1,000 T-Mobile and Sprint workers. The petition calls on the FCC to reject the merger, unless T-Mobile and Sprint make real commitments to protect jobs and respect our right toorganize.

During the meetings we made it clear why this merger is a losing proposition. As Vanessa explained to her Congressional representative, Rep. Sylvia Garcia, “many T-Mobile stores are right next to or across the street from Sprint stores. It’s obvious that all those stores will not stay open in a merger and tens of thousands of sales representatives will lose their jobs.” 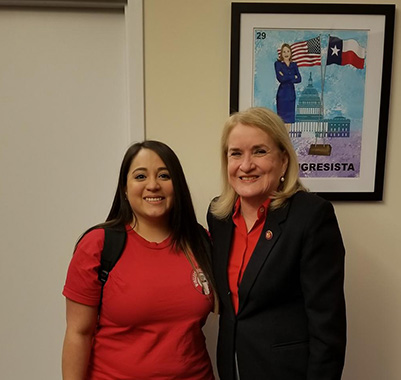 It’s not just the 30,000 jobs that’ll be cut because of all the redundant retail stores that concerns us. Research has shown that less competition in the wireless industry means lower pay for the workers lucky enough to keep their jobs, not to mention higher prices for consumers.

And as Greg explained, call center workers are concerned too because “these two companies are offshoring thousands of jobs. So, when John Legere says the new T-Mobile will open five new call centers, it sounds very much like more empty promises.”

What’s clear to us—and to the other 1,000 wireless workers who signed the petition—is that, without guarantees to protect our jobs and our rights, the FCC must reject the merger. We’re fighting to save wireless jobs in the US. Click here to join our movement today.

You’ve missed the delivery, but you can still add your name to our petition. It’s never too late to fight for our jobs.

T-Mobile Premium Retailers Must Do More to Address Covid-19

Let’s share what we know
Join NOWJoin co-workers at T-Mobile and Metro PCS to build a strong & democratic organization to make T-Mobile a better place to work.