Our fears are already coming true.

The T-Mobile-Sprint $26 billion merger is expected to be finalized on April 1, and our fears are already coming true.

Sprint claimed in its SEC filings that 3,500 jobs will be created in the first year after the merger, but T-Mobile CEO John Legere has long admitted that "there'll be a rationalization of jobs in the first year,” which means we can expect thousands of workers to be laid off.

Communications Workers of America has been warning of these layoffs since the merger announcement. When T-Mobile acquired iWireless in January 2018, "The company closed more than 72 percent of iWireless corporate stores and more than 93 percent of authorized dealer stores," according to the Union. Both T-Mobile and Sprint have long histories of offshoring jobs as well.

This merger is terrible for workers, and now we see the layoffs beginning. T-Mobile Workers United (TU) Chief Steward Greg Caron discovered the news of layoffs on Feb. 27 and noted, "They sure didn't waste any time." Greg works in the STC department in Colorado Springs, CO. Last year, he and several co-workers spoke to the FCC, various House representatives and Senate staff about their concerns with the TMO-Sprint merger. Workers must have their right to join a union honored, as required by law, in order to even the odds against these corporations that are only interested in filling the pockets of executives and investors, to the detriment of their workers. 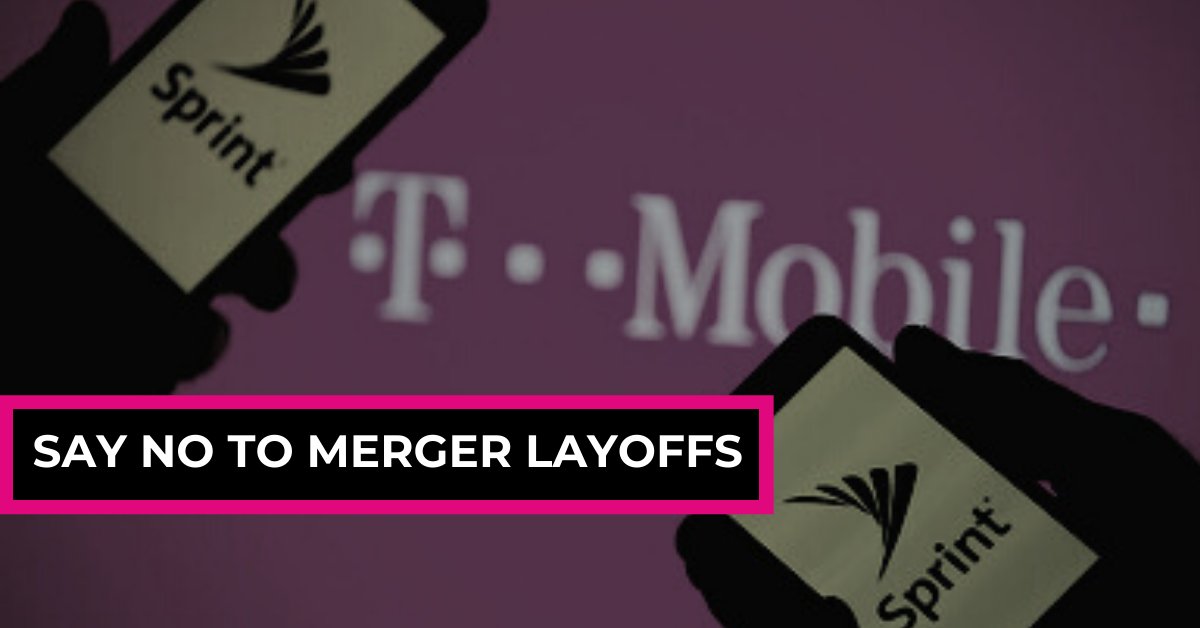 Stand with your coworkers today! Sign our petition: ‘Say NO to merger layoffs’!

T-Mobile Premium Retailers Must Do More to Address Covid-19

Let’s share what we know
Join NOWJoin co-workers at T-Mobile and Metro PCS to build a strong & democratic organization to make T-Mobile a better place to work.